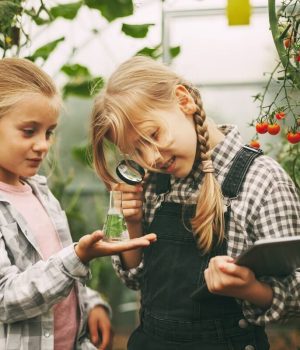 This article will help you understand the debates around using genetic testing results in life insurance underwriting following the passing of the Bill S-201 in 2017.

Genetic testing is a medical test that shows changes in a person’s chromosomes, genes, or proteins. To date, there are over 77,000 genetic tests available.

Genetic testing follows the principle of “prevention is better than cure”. Doctors use genetic testing results to discover a suspected genetic condition or anticipate a person’s chance of developing or passing on a genetic illness. This means that you can prepare for cancers or other diseases that may develop later on when you take the test. Knowing this in advance helps you take precautionary measures that will later save your life.

With the advancement in the medical field, nowadays, everyone can buy at-home genetic testing kits. On Amazon, for example, the price of a test kit ranges from $79 to $200. If you want to buy a test kit, we’d advise you to seek professional advice from a genetic counselor or a geneticist to learn more information.

Your insurance premium is primarily based on the risk that the insurer has to cover for you. Among various factors that affect your premiums, health is a vital one. That’s why most insurers require you to undergo the underwriting process when applying for a policy.

Your genetic test is also a clue for the insurer to assess your risk. If they have the test results, they will know whether you will develop medical conditions later. Based on that, they will decide your premium rate.

Genetic testing is considered an excellent way to anticipate their future conditions and thus take preventive actions. However, many people are afraid that if the insurer has this information, they will have to pay for a higher premium or, in the worst case, be denied coverage.

Also, genetic testing is a very personal and private issue. Requesting the test result can be considered an invasion of one’s privacy. Thus, it’s understandable that people are unwilling to disclose their genetic testing results to the provider.

Around the world, most countries in Western Europe have prohibited insurance companies from assessing the genetic test results of their clients. Canada was the last nation of the G7 to pass the Bill S-201 – The Genetic Non-Discrimination Act (GNDA) in 2017.

Specifically, the law bans insurance companies from forcing individuals to undergo or reveal the genetic testing results of their own or their family to determine coverage or premiums. Thus, someone with a genetic predisposition such as cancer is assured that a health or life insurer will not be able to deny, restrict or raise their premium. A violation of this is deemed a crime and can result in imprisonment of up to 5 years, a fine of up to $1 million or even both.

The insurance company can only assess the testing information under two circumstances. First, if the test results become part of the applicant’s medical record, the insurer will access it.

Second, the insurer can collect the test results if they have the applicants’ consent. However, there are limits to the consent, as decided by the Privacy Commission of Canada. Insurers should ask for consent for explicitly specified and legitimate purposes. The consent is valid if it’s “reasonable to expect customers will understand the nature, purpose, and consequences of the collection, use, or disclosure of their information.”

Notably, the process of getting permission should be considered as ongoing rather than one-time.

Implications of the Bill S-201

From the citizens’ perspectives, the Act protects Canadians from genetic discrimination. One will no longer have to be afraid that s/he will pay higher premiums or be denied coverage due to their genetic results. Therefore, they will be assured when taking the genetic test, which will detect latent health problems that can save their lives.

Also, their personal information is protected by the government. Any third party cannot access the test results without the testee’s consent. The consent is valid if it’s “reasonable to expect customers will understand the nature, purpose, and consequences of the collection, use, or disclosure of their information.”

On the other hand, the insurance companies seem to be less favorable of this decision. Let’s imagine a person with a cancer predisposition applied for a policy, and the insurer is entirely unaware of his problem. The insurer will offer the person the same premium rate as a healthy, regular applicant. When the person develops cancer later in life, the insurer will have to cover more risk than expected. In this case, they will receive no profit from this transaction.

As the Domino effect goes, if many people with latent health problems purchase insurance at the same rate as those with average health status, the insurer will have to pay more claim amounts than they expect. And thus, they will suffer from profit loss.

To prevent this from happening, most insurers will have to raise the general premium rates to make up for the potential risk they cannot anticipate. This means that the healthy have to pay more than they have to.

However, this is less likely to be the case at present. First of all, not all people have genetic problems. Some people have good genes, just as those who have bad genes. Therefore, clients’ not disclosing genetic testing results doesn’t mean that they have more risk to be covered. Also, genetic testing only speculates the genetic predisposition, and it does not guarantee that the person will develop such problems in the future. For these reasons, there’s no need to over-worry about the adverse selection, at least for the time being.

In case you have more inquiries on insurance matters, in need of insurance quotes from various companies to compare, we’d recommend Insurance Direct Canada, one of the most trusted insurance brokers in Canada. Click on the button below to visit their homepage.

How Cheap a Life Insurance Policy in Canada Can You Get?

How Cheap a Life Insurance Policy in Canada Can You Get?

5 Reasons Why Term Life Insurance Can Save Your Life