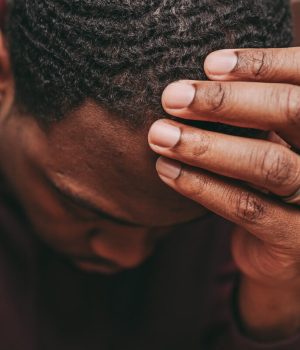 Nearly 4000 people die as a result of suicide across Canada each year, according to Statistics Canada. Additionally, mental health professionals estimate up to 80,000 patients attempt to kill themselves.

Losing a loved one from suicidal death is a tremendous loss, and insurance companies can deny your claims as well. CBC News reached out to several insurers in the market about this matter and received responses through their umbrella organization, namely the Canadian Life and Health Insurance Association. They remarked: “The general purpose of insurance is to protect people in case of unexpected injuries or illnesses, and not for losses resulting from the insured’s deliberate actions.”

Much as insurers have provisions in place for self-inflicted deaths, payouts rely significantly on the timing. The relationship between suicidal deaths and life insurance can be complicated, so read on to find out!

Life insurance coverage does pay out for suicide. However, there is one exception that you need to bear in mind.

Should the policyholder commits suicide during the first two years of their new policy, insurance companies will reject paying death benefits to the family.

Outside of this two-year window, the insurer treats suicidal deaths the same as those from illnesses, accidents, and other insured causes. These are all stated in the terms and conditions of the policy.

What is the suicide clause in life insurance?

The suicide clause applies to the first one or two years of coverage. It states that insurance providers will not pay out death benefits if the policyholder passes away due to self-harm or a self-inflicted injury.

Despite seeming insensitive, this clause prevents customers who are pre-meditating suicide from buying insurance to receive an early claim payout. Arguably, this depressing scheme is still feasible after the first two years of the policy. Nevertheless, in some cases, payouts are still denied because there has been non-disclosure about the policyholder’s mental health.

The suicide clause is designed to protect insurance companies against anti-selective behaviors. Without such exclusions, policyholders, in general, will only pay one to two months’ insurance premium but get a significant payout in return after their passing, even when the clients claim for causes other than suicide. This kind of insurance product is not sustainable and therefore needs to be withdrawn from the market to save the insurer’s fortune.

Note that in the event of suicide, the insurer will refund any premiums paid to the beneficiaries.

How does an insurance company verify that a policyholder committed suicide?

As the claim gets processed, insurance providers will request a certified copy of the death certificate from the beneficiary. Life insurance companies look at this closely to determine if the insured committed suicide or passed away in a suicidal attempt, such as a drug overdose or drunken-driving death. Accordingly, insurers will delay the payout until further investigation.

Every case needs to be decided based on its own circumstances and merits. All relevant information will be taken into account and discussed with Legal Services and other stakeholders potentially to determine the cause of death.

How does a history of mental illness (e.g., depression) impact payouts after suicide?

During the underwriting process, insurance providers always examine your physical and mental states.

If you have a history of depression, there can be assessment questions such as:

We are aware that these questions are difficult to answer. However, it is crucial that you remain honest and transparent in your application. Not only does it help you qualify for more competitive rates, but it also reinforces your case when your beneficiaries file a claim.

Insurers review suicide case by case, and sometimes, it will require complicated investigations. However, always keep in mind that if a policyholder with a history of depression commits suicide when the suicide clause is in place, death benefits will not be paid out.

We realize it is painful to think about suicides in general; however, it is crucial that you and your family understand how life insurance companies in Canada treat suicidal deaths. It is covered by most policies, but timing is a determining factor. Consult Best Insurance Online if you need more specific information for your case, life insurance quotes other insurance-related knowledge.

How different is the suicide clause from the contestability period?

While both require a similar time frame of two years, they are treated separately. Simply speaking, the suicide clause deals with self-harm or self-inflicted injuries and the contestability period handles frauds.
The contestability period takes effect the day your policy starts and then lasts two years. If the policyholder dies during this window, insurance companies can delay payments to wait for further investigation. If they find out that you lied or failed to disclose some information in your application, they are entitled to deny or reduce death benefits – even if the cause of death is not related to the details withheld.
Always keep in mind that you should be totally honest in your insurance application, or your beneficiaries can never get a hold of the money you saved for them.

Does the suicide clause apply to physician-assisted suicides?

Even though the circumstance is a bit different from typical suicidal attempts, the suicide clause still applies in this case. In other words, physician-assisted suicides are covered, but not during the first one or two years of coverage.
This type of suicide is sometimes referred to as “death with dignity”, where terminally ill patients choose to end their lives rather than suffering from additional treatments.
However, this requires a terminal diagnosis from medical professionals to determine eligibility. Some life insurance policies also provide an accelerated death benefit rider for people who wish to receive early cash payouts in the event of a terminal illness.

Does a suicide clause expire, and is it ever reinstated?

Once the two-year period ends, the exclusion will no longer apply. However, if your policy lapsed and had to be renewed, the suicide clause will usually be reinstated as well, similar to taking out a new policy.
If the coverage amount is increased (other than through annual contractual cover growth increases), the clause will typically apply to the increased portion from the increase date.

The Ultimate Guide to Corporate Insurance

No Exam Life Insurance Policies for Cancer Patients in Canada