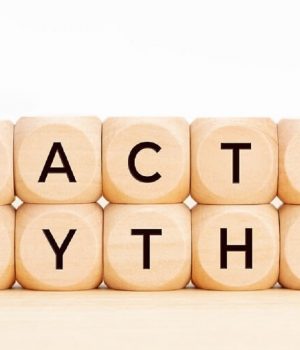 During the insured’s lifetime, he pays a premium to the insurer periodically or all at once. In the event of the insured’s death, the insurer is meant to deliver a predetermined sum of money to a designated beneficiary. This is what life insurance is. It’s simple.

But is that it?

Many grey areas surround the topic of life insurance. This should come as anything but a shock because it embodies man’s two foremost sensitive issues: money and life. Wherever this feature, emotions run high, and there’s subsequently collusion of facts and myths.

What does a random person impulsively think when he comes across the phrase ‘life insurance’? Are all these thoughts real? Let’s help you clear the air.

Life insurance is not only for people in relationships or those who have anyone dependent on them. Being a single childless orphan with absolutely no friends or family isn’t an outright exemption from life insurance.

While it’s true that you don’t have any dependents, you ultimately need life insurance to foot the bills of medical and funeral bills and to even cover personal debts after you might have passed. Besides, your designated beneficiary doesn’t always have to be dependent. Orphanage and elderly homes are popular substitutes. It’s how you immortalize yourself even when you’re gone.

Get Quotes
Request a Call Back

Everyone must have life insurance.

This is the second extreme.

Not everyone needs life insurance. Some people live very wealthy lives, with no debts and no dependents. Self-insurance is by far a better alternative for this category of people. If you’re wondering, self-insurance is setting aside your own money to pay for a potential future loss, especially one you can afford.

No. About 99% of the time, this isn’t true. Your life insurance is only deductible if you’re self-employed, and your insurance policy is used as a form of asset protection for you. And just how often is this the arrangement?

The older you grow, the more expensive your life insurance gets.

Nothing’s closer to the truth.

A 25-year-old, under normal circumstances, is less likely to depart this life than a 55-year-old. It doesn’t take a genius to figure out why.

Your insurer will factor in the higher risk involved and charge you more for it. If you want to get life insurance at all, save your money, and get it sooner than later.

Every family will need life insurance upon the death of a member.

You probably don’t like the idea at all, but it’s the truth.

We certainly don’t wish death on ourselves, but nobody knows what tomorrow holds. It’s consoling, however, to know that even when you’re gone, your family will be well catered for. They won’t earn your salary, and nor will all your stashed-up savings be enough. And it’s at this moment that your life insurance counts.

While it may not last them for decades, that money, at that moment, will make all the difference in the world.

Temporary is better than Permanent coverage.

The reason people choose term life insurance policies over permanent coverage is to cut costs. But this is only short-term, as we’ve seen that life insurance fees are directly proportional to the insured’s age. You’ll be paying more when it’s time to renew if you don’t die within said term.

If you need to be insured at the time of death, permanent coverage is your best bet. Once the paid premium reaches a particular amount, you no longer have to pay, and you’re insured till the end.

Should We Buy Life Insurance For Newborn Babies?