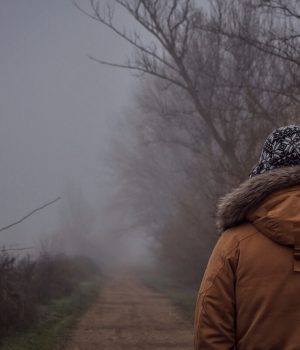 Life insurance is an excellent way to provide much-needed financial assistance to the family of the passed-away. Most life insurance plans will provide the bereaved family with funds after the insured person’s death, but things might not be so clear-cut if the death does not occur because of natural causes. For instance, death by suicide is a vast grey zone because the legal ramifications are much less straightforward than in most cases. Does life insurance cover suicide? There are a lot of other factors to consider when trying to answer this question.

The part of an insurance contract that governs the payouts in case of suicide is called the life insurance suicide clause. This clause varies from plan to plan, but certain elements are similar between contracts.

Insurance plans will provide either a lump sum or a series of payments to the beneficiary in the insured person’s death. However, most insurance plans will not provide payouts in case of death by suicide within the next two years after the contract is signed. This is to prevent insurance fraud, i.e. when the applicant intends to take his own life after the contract is signed, for the beneficiaries to receive the benefits.

That said, in most cases, this restriction is lifted after two years, and the bereaved family will receive the funds as if the applicant had died due to natural causes unless there are other specific restrictions regarding this clause.

When the insurance company looks at your application for an insurance plan, they will typically go through your medical profiles to get a good understanding of your situation. This also means that your mental health profile will also be checked alongside your physical health.

As depression is linked to an increased chance of suicide, people with depression might be declined when they apply for an insurance plan. However, most of the time, their applications will go through without an issue. As the applicant’s mental health also plays a determining role in their application process, it is recommended that you should not lie while being interviewed by the insurance company. If you are being treated through medications or therapy, do produce evidence of treatments to your insurance company. This will increase your acceptance chance.

One important thing to keep in mind: People with an unhealthy lifestyle, or people with illnesses, including mental illnesses, might have to pay higher insurance rates than other applicants.

Get Quotes
Request a Call Back

Another clause to take into account is the contestability clause. This clause is quite different from the suicide clause in that it deals with frauds, while the other deals with self-harm. However, they do overlap in many cases.

Before you apply for an insurance plan, there are certain things you should keep in mind first.

Death by suicide will nullify the payouts if it happens within the period specified in the life insurance suicide clause. After this period, all deaths by suicide will receive regular payouts.

People with mental illnesses or those who are more likely to die by suicide might have their application form declined. In some cases, they might have to pay higher insurance rates.

Deaths by suicide are still considered deaths, so the beneficiary still receives the payouts in the unfortunate case of death. If you need more help with insurance plans or specific insurance terms are too confusing to understand, do not hesitate to contact us! We are indeed delighted to provide the support you need.

Are Employee Benefits Necessary in Canada?